Won’t Back Down Soundtrack is available on iTunes!!! 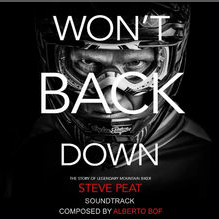 Won’t Back Down Sountrack is finally out! https://itunes.apple.com/us/album/wont-back-down-story-legendary/id896861418

Last time I released something solo, with my real name, was the album BOF in 1998. It was over here in Los Angeles. Things were a bit different, and I was too.

16 years later, here I am again, in Venice California, after travelling through life and many places, after living in London and Paris for a few years, releasing an entire soundtrack for one of the best sports docufilms I’ve ever watched.

Hope you all enjoy and, obviously, there’s much more to come.

Alberto Bof available on iTunes Won't Back Down Soundtrack